Transform Your Home | Book an Appointment

Do you live in the Oak Forest area of Houston? If you’re looking for a trustworthy, experienced home remodeling company in Oak Forest, Premier Remodeling is the best choice. 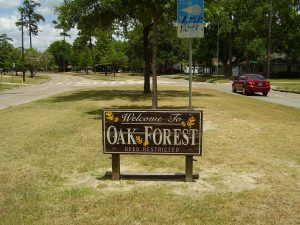 We are proud to serve the Greater Houston area, including Oak Forest:

Oak Forest is a residential community in northwest Houston. It’s the third largest group of subdivisions in Harris County (behind Sharpstown and Kingwood).

When it was first established, Oak Forest was a golf course and a part of Aldine Independent School District (AISD). Then the land was ceded to HISD. In 1951, Oak Forest Elementary was built.

Originally an unincorporated area in Harris County, it was annexed by the City of Houston in 1949. It now boasts a population of over 23,000 and 5,523 homes.

Oak Forest is known for attracting more “creative types” and was named one of the “Five Most Underrated Neighborhoods in Houston” in 2010 by the Houston Press.

We love Houston, and we love remodeling Oak Forest homes.